Some wonderful insights to becoming an amazing author from my dear friend and award-winning author, Deanie H. Dunne! 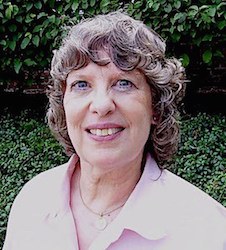 One of the keys to a successful children’s story is conflict.

What exactly is that?

Do your characters have to be engaged in a knock down drag out fight?

No, but one of the building blocks of a good story is a struggle of some sort.

Usually, the main character has to be involved in the conflict you develop.

Another word for a conflict is a problem that involves the main character.

Why does it need to be the main character?

Let’s look at some examples so you have a good picture of what I’m trying to convey.

Mary wants to audition for the part of the dancer in the school play. She’s already been studying dance for two years so she feels…

Janice is an multi-award-winning author with 39 books: 19 children's books for PS-Gr 4, 12 middle-grade/preteen, two young adult books, written under Janice Spina, and 5 novels, and a short story collection written under J.E. Spina. She is also a writer of poetry, blogger, avid reader, reviewer and a copy editor. Janice has always loved writing and started very young writing poetry, then stories. Her books have received 31 Book Awards and a few finalists awards. All Janice's books are available on Amazon.com, Kindle, B&N and other online book sites. One of her sports' poems was published in The Lawrence Eagle Tribune in October of 2008. She is currently working on book 2 of a YA fantasy series. There will be six books in all in this series. She hopes to work on a series of four books in a crime/mystery genre that will be offsprings of her thriller, Hunting Mariah. There are books in the works about an angel and another about a dog for ages 17+. Her hobbies are crocheting, walking to keep fit, hula hooping, tap dancing, going to the movies with her husband, and spending time with her five grandchildren. Janice loves to hear from readers and appreciates reviews. Sign up on her blog http://jemsbooks.blog for a copy of her newsletters under Contact Me. She lives in New Hampshire with her husband who is her illustrator and cover creator.
View all posts by jjspina →
This entry was posted in Writing, book reviews and publishing, poetry, children's books, YA and novels. Bookmark the permalink.

4 Responses to Conflict, Exactly what is That? – (Guest Post)…

Writing - Loving What I Do and Doing What I Love!

THE CHRONICLES OF HISTORY